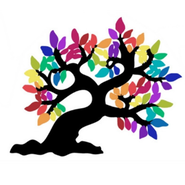 Banyan Park is a community based early learning service, committed to providing quality early education and care in partnership with parents, that is in tune with the Norfolk Island community and our unique way of life.
We recognize diversity and foster the overall development of each child as an individual within the group context and wider social environment.
We encourage the preservation of the Norfolk Island culture and heritage.

The centre operates Monday to Friday, 8am to 4pm.

Banyan Park Early Learning Centre was redeveloped in 2019 following the successful grant awarded through the Australian Federal Government's 'Building Better Regions Grant Fund" -  in 2017. The grant of $899,900 and an additional contribution of $100,000 from the Tony Redstone Foundation has allowed the previous "Banyan Park Community Preschool" to grow into "Banyan Park Early Learning Centre". This is a brand new facility catering for the needs of children aged 0-5 years on Norfolk Island. The centre has been redeveloped in two phases, to ensure the continuity of our service;
Phase 1  - Construction of rooms catering for 35 preschool aged children, a commercial kitchen, staff rest and programming area and an entry hub with director's office, was completed in April 2019 and is now a fully functioning facility.
Phase 2 - Construction of rooms catering for 20 toddlers and babies, aged 0-3 years. This commenced in August 2019 and will be completed by December 2019 - ready for opening in January 2020. A wait list for this service is in place, please contact director@banyanparkni.com for any queries.

The club was formed to provide fellowship and enjoyment outside the home and to carry out activities for the purpose of raising money to be expended on worthwhile causes and to find and rent premises for regular meetings with an annual subscription of one dollar.  The causes chosen were the Maternity Section of the Hospital and the Royal Far West Children’s Health Scheme in Manly.

During 1970 the Wives and Mothers Club also introduced and funded the Baby Health Clinic which was supervised in the first instance by Club member Geraldine Dixon.

The idea of forming a play group for children was first raised in 1968.  As homes were spread far and wide over the island a playgroup would give children an opportunity to meet and play together.  The playcentre was first housed in the Lions Club rooms at Kingston.  Later it moved to the Church of England hall in Queen Elizabeth Avenue (now the home of Tony Nobbs) and later to the Rawson Hall Supper Room.  In 1971 the members of the Wives and Mothers Club voted to erect their own Playcentre and Club rooms.  The Club wrote to the then Council asking if a section of land opposite the school could be granted.  This was approved on 12th April 1972 – a lease of 10 years in the first instance at the nominal rental of $1.00 per annum.  Patron Edie Randall, and club members Pat Anderson and Celia Bigg were trustees on behalf of the Club.  Fund-raising then began in earnest.  On 13 September 1976  the lease was extended to a 28-year lease with an increase in rental to an annual fee of $10.00  .

Plans were submitted in 1971 when the Club had a sum of $2,270.00 in hand which gathered momentum with their fund-raising efforts until they had a total of $13,500 on fixed deposit in 1976.   The Rotary Club not only donated $6500.00 towards the building fund but undertook to oversee the building works and Rotarian/builder Joe Mueller volunteered to be overseer.  It was truly a community project with many members of the community including members of the Lions Club donating various services.

Tournament Dinners, Bi-Centenary Deb Ball.  The catch-phrase amongst club members during that time was: “How much sweet tatie do we have to cook this week!!!”  It was hard work but it was fun – and when you look today at Banyan Park which became incorporated in 2001 members can look back with pride on a facility that has served this community for many years and now our own grandchildren are attending.

The original Banyan Park building, created by the Wives and Mothers in the 1970s has been re-purposed by another worth community group - the Norfolk Island Pistol Association - and transported in sections to Anson Bay, where it will soon house international competitions.
Copyright © 2018
Powered by